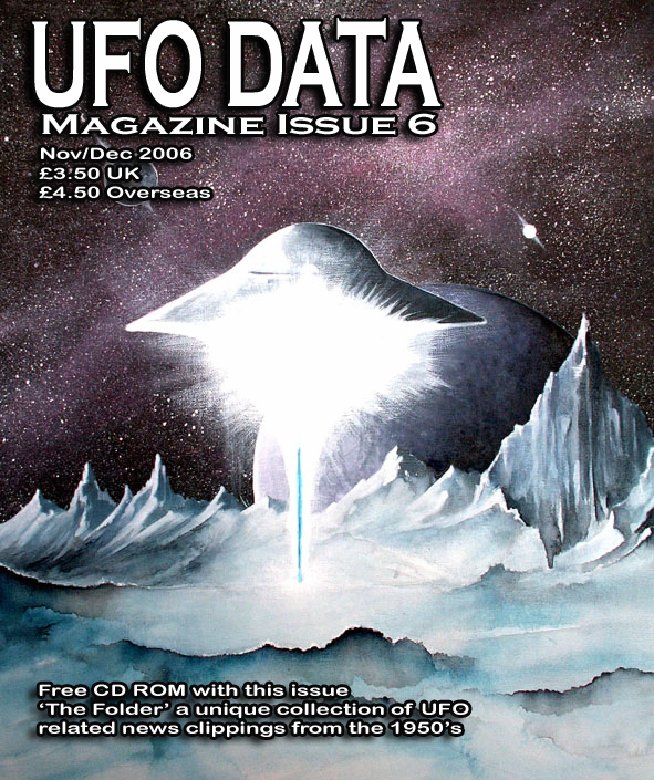 UFODATA are pleased to announce that issue six of UFODATA Magazine goes on sale soon.

This issue, the last in its A5 format before we go to the 68-page A4 size, concentrates on man-made UFOs, ranging from misidentifications to hoaxes and everything in between. Also taking up a large part of this issue is the mystery of the Bermuda Triangle and similar regions around the globe. We hear from Roswell researcher, Kevin Randle. American writer and former federal investigator, Joseph Guthienz, has written a great piece about the thefts of prized Moon rocks. Dr David Clarke, tells us about some of the difficult to explain cases he has come across. Russel Callaghan writes about the strange, deep sea creatures that were washed ashore during the terrible Boxing Day tsunami of 2004 and also explores a famous 'boomerang' UFO case, with a possible explanation.

Also in this issue are articles by UFO researchers, Brian Allan and Ed Sherwood, Irish researcher, Dermot Butler, writes about a case from the Emerald Isle and regular contributor, Steve Johnson, has some stuff in there too, including a full review of The Second Great British UFO Show.